As pellets of rain pounded the dry earth of Eastern Cape this January, a man launched himself into a puddle of water created by a broken drain. This spontaneous celebration seems symbolic of South Africa’s precarious but hopeful relationship with water: the country is desperately dry, making any precipitation extremely precious, but there are a few long-term solutions to help ease this ongoing water problem. In 2018, Cape Town’s ‘Day Zero’ became the focus for South Africa’s water crisis, but while its circumstances were certainly unique, the causes of its water problems were not—high demand and inadequate supply. As such, Cape Town’s situation is a warning for the whole country. South Africa relies on its rainwater, levels of which are unpredictable, unevenly distributed, and decreasing as a result of global warming. In October 2019, dams were at 10 to 60 percent below 2018’s levels. As of January 2020, some rain has fallen and some reservoirs are filling again, but the forecast is for more dry weather. And that means regions and cities across South Africa could soon be facing their own Day Zero—for some it has already arrived.

KwaZulu-Natal province is no stranger to drought. In 2019, rural communities south of Durban had to survive weeks without municipal water, depending instead upon unreliable tanker trucks. By November, protracted drought saw the province’s south coast suffering severe shortages as water sources dried up. There were calls for the town of Harding to be declared a disaster area, and urgent proposals for a bulk pipeline to secure its water supply- an expensive and complicated undertaking in a country where similar builds suffer from delays, cancellations, and poor workmanship. Meanwhile, Durban is losing around 35 percent of its municipal supply to theft and illegal connections, undermining the income needed to fund such vital improvements. Right now, the rains are falling, but unless supply improves and demand falls, towns across KwaZulu-Natal’s south coast district face their own looming Day Zero. It’s a familiar story across South Africa.

Gauteng province draws its water from the Integrated Vaal River System that includes a huge water transfer via the Lesotho Highlands Water Project. Last October, Johannesburg residents were hit with precautionary water restrictions when the Vaal Dam levels dropped to 53 percent, and planned maintenance stopped Lesotho’s water transfers for two months. To many, this highlighted the fragility of their water supply. Gauteng’s population is increasing rapidly, with domestic supply the fastest-growing sector, but its available water won’t increase until the Polihali Dam is completed in 2026. To avoid a water crisis, Gauteng must reduce water use in order to deal with population growth—cutting it by three percent per person per year. Last October’s heatwaves saw daily consumption rise by 264 million gallons (1,000 million liters), and compounded by infrastructure problems, suburban faucets ran dry in the capital. Without the certainty of six years of good rains, Johannesburg and Pretoria need to follow Cape Town’s lead and actively cut their water use.

In Eastern Cape, a crippling drought coupled with inadequate contingency plans left thousands without water last year. In the town of Adelaide, the dam dropped to just one percent of capacity and even then the authorities couldn’t act because they lacked funds. With no proper rain for at least five months, October saw councils in five municipalities declare drought disasters with calls for national disaster status. With many rivers and springs already dried up, even boreholes proved ineffective as groundwater became scarce because of the lack of rainfall to recharge it. Water recently released from a dam on the Kubusi River is providing some respite for towns like Butterworth, with supplies tankered out to surrounding communities, but the region is desperate for funds to be found for more substantial solutions to their ongoing water worries.

Northern Cape’s reliance on rain-fed agriculture has seen years of serious drought devastate its agricultural sector. Abnormally hot weather and below average rainfall has scorched grazing lands and dried up watering holes, with wholesale livestock deaths and crop failures bringing financial ruin to farmers and a spike in food prices. It’s estimated that at least $40 million (R600 million) is needed to alleviate the drought’s effects and secure more than 60,000 jobs dependent on agriculture. The drought has also wiped out more than two-thirds of the province’s game, and there is the threat of total water supply failure for some towns; Kimberley cut its water supplies at night to reduce consumption. In January the rain began falling again but there is still a clear need for water saving measures and more efficient methods of agriculture, from installing drip irrigation systems to planting crops that can survive the even harsher droughts that future climate change could bring.

For Cape Town itself, Day Zero hasn’t disappeared, it’s merely been delayed. While the catastrophic shortage that nearly turned off its faucets was narrowly averted, Capetonians continue to survive on much less than they were used to—just over 27 gallons (105 liters) per person per day. These stringent restrictions, combined with new dam projects and desalination schemes, are keeping Cape Town sated if not exactly splashing through the summer—its dams are currently at around 70 percent capacity. However, in Free State province the town of QwaQwa needed 5,000 water tankers to provide immediate relief for its water shortage, while elsewhere in South Africa, the last couple of years have seen water restrictions in Limpopo province, faucets running dry in in Mpumalanga province, and the allocation of $20 million (R300 million) to upgrade failing water infrastructure in the North West province.

Across South Africa, water stress is a priority problem, but with no single cause there is no single solution. Each area experiences water issues caused to different degrees by excessive use, growing demand, pollution, theft, thirsty plants, inadequate infrastructure, and poor practices. Solving these issues not only requires financial investment but also a change in attitude. South Africa cannot support the water lifestyle some residents consider to be their right, fueling a water consumption that’s 35 percent above the global average. The Draft National Water and Sanitation Masterplan laid it out clearly: without a fundamental mind shift in the way South Africa thinks about water to accompany and underpin a massive $60 billion (R899 billion) investment, the country will run out of water by 2030. It’s a sobering message; while for many South Africans a little rain brings hope, hope alone will not guarantee South Africa’s water supply. 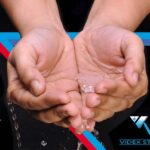 12 Ways To Save Water 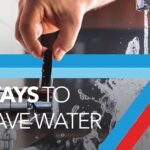 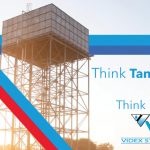 Why you should choose an accredited water storage tank manufacturer